The Importance of Vaccination Against Meningococcal Disease You may have seen a campaign last year by the name of “Know Meningococcal” (https://www.knowmeningococcal.com.au/). It is one of many websites that are trying to increase the community’s awareness of meningococcal disease and its potential consequences. Other sources of information are provided by health departments in each state, such as here in Queensland at conditions.health.qld.gov.au/HealthCondition/condition/14/33/95/meningococcal-disease. You may be aware already there are many strains of the meningococcus bacteria. At present there are 13 known strains, the most common strains worldwide are A, B, C, W and Y. In Australia the most common causes of invasive meningococcal disease are due to strains B and W. There has been a particularly virulent W strain since 2013 which has been responsible for approximately half of Australian cases and as such has been associated with higher complications and deaths. Treatment is with antibiotics given by injection if meningococcal disease is suspected early enough and may require hospital admission to intensive care. Infection can lead to septicaemia (a serious infection in the bloodstream) and meningitis (inflammation of the membranes surrounding the brain). Approximately 10% of the population are carriers for meningococcal bacteria (in the nose and throat) but will not cause disease in most people. They are ‘asymptomatic carriers’. However, transmission to others can occur. The highest incidence of disease is in young children aged less than 5 years and adolescents and young adults aged 15 to 24 years.

The risk factors for severe meningococcal disease include:

Groups that should be vaccinated include (in addition to the above): The schedule for these is dependent on the age that the child commences vaccination. The ACWY vaccination is currently on the National Immunisation Schedule for the general population at age 12 months and 14 to 16 years (usually administered at school as part of the vaccination program).

The B vaccination is only covered at present for Aboriginal and Torres Strait Islander children or those with specific medical risk factors. It is covered as part of the state immunisation schedule however for those living in South Australia. At present if parents/young adults would like to have the B vaccination they would need to obtain this privately by prescription (usually through their local doctor).

In the USA, the US Advisory Committee on Immunization Practices (ACIP) recommends routine vaccination for ACWY at the age of 11-12 years and a booster dose at the age of 16 years. However, in Australia, currently only one ACWY vaccination is provided for by the National Immunisation Schedule. For those at risk (as per the list above) it is recommended to have a “booster” vaccination every 5 years. This may or may not be covered by the NIP and an out-of-pocket cost may be involved.

Here at AusTrials we are studying a new investigational vaccine to prevent meningococcal disease as well as determine the effectiveness of a “booster” dose in those who have received a previous ACWY vaccine in the previous 4 to 6 years. Contact AusTrials on 1300 190 841 to find out more. 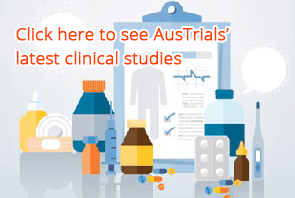